Janko de Beer was born in 1980 in Pretoria, South Africa before relocating to Cape Town in 1997. He lives in Somerset West with his wife and two children.

Janko matriculated from Pro Arte Alphen Park, a well-established art school in Pretoria, where he was exposed a variety of art forms. However, after school he decided to study law and was a practicing advocate for more than 10 years, while maintaining a passion for art and continuing to create.

He loves the ocean, the mountains and the bush and spends a lot of time outdoors, hiking and surfing. His recent adventures include trekking to Everest Base Camp, hiking the Massachusetts chapter of the Appalachian Trail and trips to Bali, the Kgalagadi Transfrontier Park and Greater Kruger. His artistic process usually starts somewhere in nature. He feels that time spent outdoors best influence his work, since it is necessary for the mind to see new things if it is to create new things. 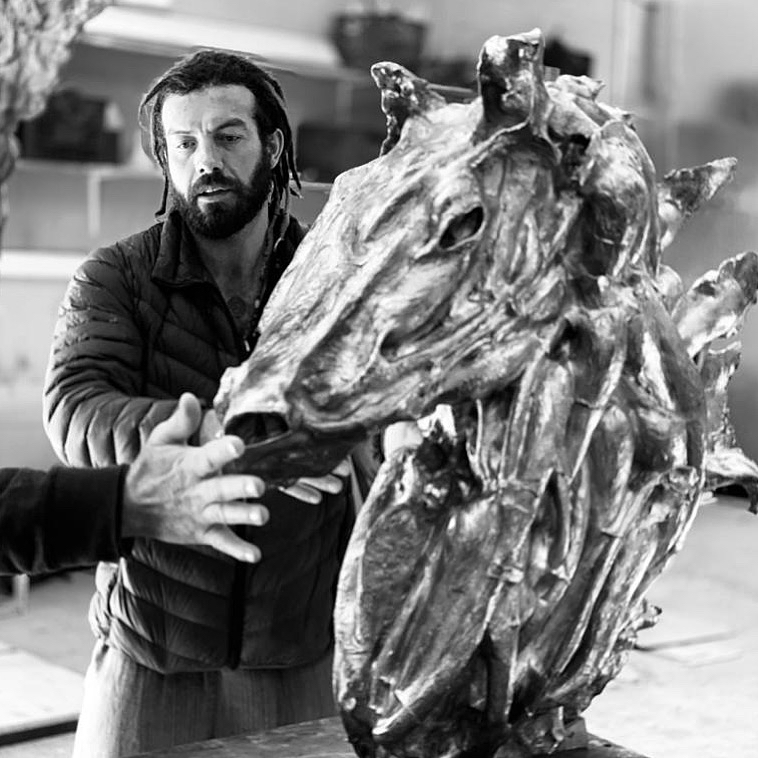 Over the years, Janko participated in many group exhibitions and had his first solo show in 2010 at Long Street Gallery (Cape Town). In 2016, he reached a point in his art career where he had to fully commit, so he stopped practicing law to pursue art full time.

Recently a second-time finalist for a Global Art Award, Janko’s work has featured in many solo and group exhibitions, and he has established a substantial international following. His formal career as an artist began with sculpture, but he now balances painting and sculpting equally.

He tries not to be governed by preconceived notions of what is popular or critically acclaimed in art, since this could result in a monotonous duplication of the same thing over and over. He believes in being guided by the process, rather than to force it one way or the other. His view is that if he creates something that he personally finds beautiful, without over-thinking it too much, other people will also appreciate it.

For his sculptures, he uses found objects, like kelp, coral, wood, scrap metal, and bones. He combines these with conventional sculpting methods to produce the final works. His mixed media paintings are done on both canvas and archival paper, and are also available as limited, personalised Giclee fine art prints.

Over the past two years, Janko’s work has raised more than R1 million to provide talented South African scholars with exceptional educational and leadership development. 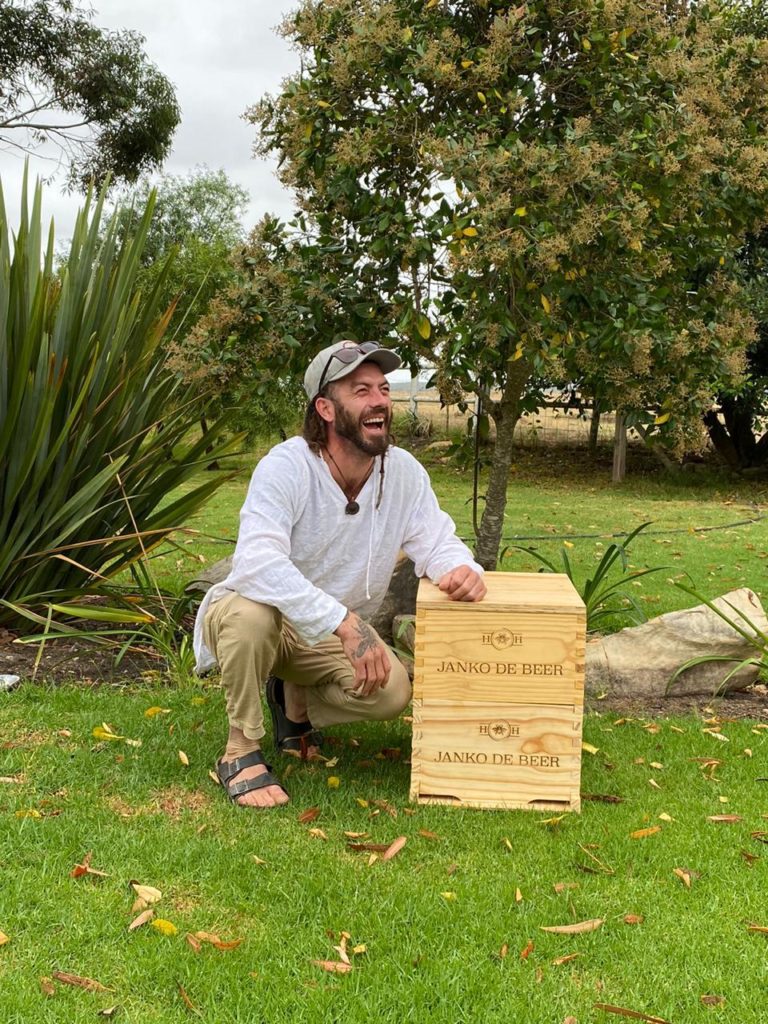 Our #honeybeeheroes adopt-a-hive program offers people the opportunity to directly help honeybees without the challenges of operating their own beehives.

“As an artist his sculptures are unique, outspoken and not easily forgotten.”